Shadow recycling minister Sandy Martin has urged the Government to introduce a graduated plastics packaging tax rather than one set at a flat rate.

He spoke in a parliamentary debate triggered by a public petition signed by 247,048 people, which called for a ban on all non-recyclable and unsustainable food packaging.

Martin said a graduated plastics packaging tax, rather than a flat-rate tax on materials that contain less than 30% recyclate, would be fairer because many manufacturers already planned to move well beyond that level.

“I would submit that any regulation that aims to persuade people to do less than they are already doing voluntarily is either pointless or window dressing,” Martin said.

“It would be a travesty if the 30% flat rate allowed other less ambitious companies to undercut their prices simply because the tax regime did not incentivise higher rates.”

He also said there was no point in allowing manufacturers to claim that a package is recyclable “when they know that the facilities do not exist, and even less so when the cost of doing so would be ridiculously prohibitive”.

Martin said the Government should measure recyclability by whether the material concerned was actually recycled and not “simply on the basis of a theoretical claim by industry”.

Turning to Government plans for extended producer responsibility (EPR) for packaging, Martin asked whether the money raised would “simply be allowed to subsidise more energy-from-waste plants or whether [the Government has] any plans to ensure that the money is used to incentivise recycling instead”.

Responding to the debate, environment minister Robert Goodwill said the bans on imports of recyclate imposed by China and other countries “present us with a longer-term opportunity to focus on the quality of recyclate we provide and ensure there are end markets for it”.

But he said the Government had no plans to ban the use of unrecyclable food packaging because its approach was to “help people and companies make the right choice and develop alternatives, rather than ban items outright”.

He said the Treasury has consulted but not yet decided on whether the plastics tax – to be introduced in 2022 – should be set at a flat rate or vary for different purchasing formats, and whether the threshold should increase over time.

The minister did not directly address Martin’s points about measuring recyclability and the use of EPR to subsidise incineration. 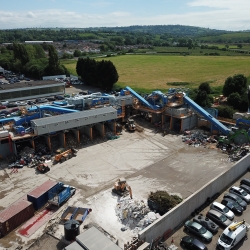 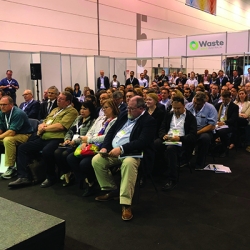